There is a continuum of tillage systems used throughout North America that ranges from no mechanical disturbance of the soil (no-tillage) to complete soil inversion with moldboard plows with secondary tillage passes to achieve a smooth soil surface. A lot of options exist between these two extremes. High residue systems use a specialized sweep (sometimes called an undercutter) that operate a few inches under the soil surface to cut weeds at the roots but leaves most of the residue anchored at the soil surface. Strip till uses coulters to till a narrow band for the crop row while leaving the rest of the field undisturbed. Ridge till forms ridges the previous season; and at planting, the top of the ridge is scraped off and seed is planted into exposed soil and then throughout the season the ridges are re-established with specially designed cultivators. Chisel plows leave over 40% of the plant residue on the soil surface then the field receives secondary tillage to achieve an adequate seedbed.

Cultivation tools are used after crop planting and do not result is as much soil disturbance. These tools need to be properly adjusted to maximize control while minimizing crop damage.

Impact of tillage on weed control and seedbank management

1. Tillage prior to planting (pre-plant tillage)

Tillage implements vary in their role for preparing fields for planting and in the effectiveness of controlling weeds. Tillage can be divided into two categories: primary and secondary. Both occur between harvest of one crop and planting of a second crop. Primary tillage is most disruptive because it operates 6 to 10 inches deep, breaking up compacted soils and loosening the topsoil layer in preparation for secondary tillage. Examples of primary tillage implements are the moldboard and chisel plows. Primary tillage leaves the soil rough and must be accompanied by secondary tillage to create an acceptable seedbed for planting.

Minimum tillage implements are used to create a seedbed with plant residues remaining on a large percentage of the soil surface.  These implements include vertical and strip tillage tools. Vertical tillage became popular starting back in the early 2000s as a shallow tillage technique in high residue environments typically designed to break up crop residue and/or organic amendments, warm and help dry the soil, and prepare the seedbed for planting with minimal soil movement. Increasingly, it has also been used to help establish fall cover crops by improving seed to soil contact during or just after spreading cover crop seeds. Strip or zone tillage typically tills or disturbs the soil only in the row where the crop seed is planted to create a more favorable seedbed. Both of these minimum tillage techniques can help ensure better crop establishment, but typically they do not reduce the need for standard weed control practices.

Finally, tillage options for farmers often depend on soil conditions at the time of operation. For instance, a field that is free of clods and ruts and has very little crop residue may only need one to two passes of a secondary tillage implement before planting even though conventional tillage was the original plan. However, it should be noted that these secondary tillage implements may not uproot and kill established weed seedlings. 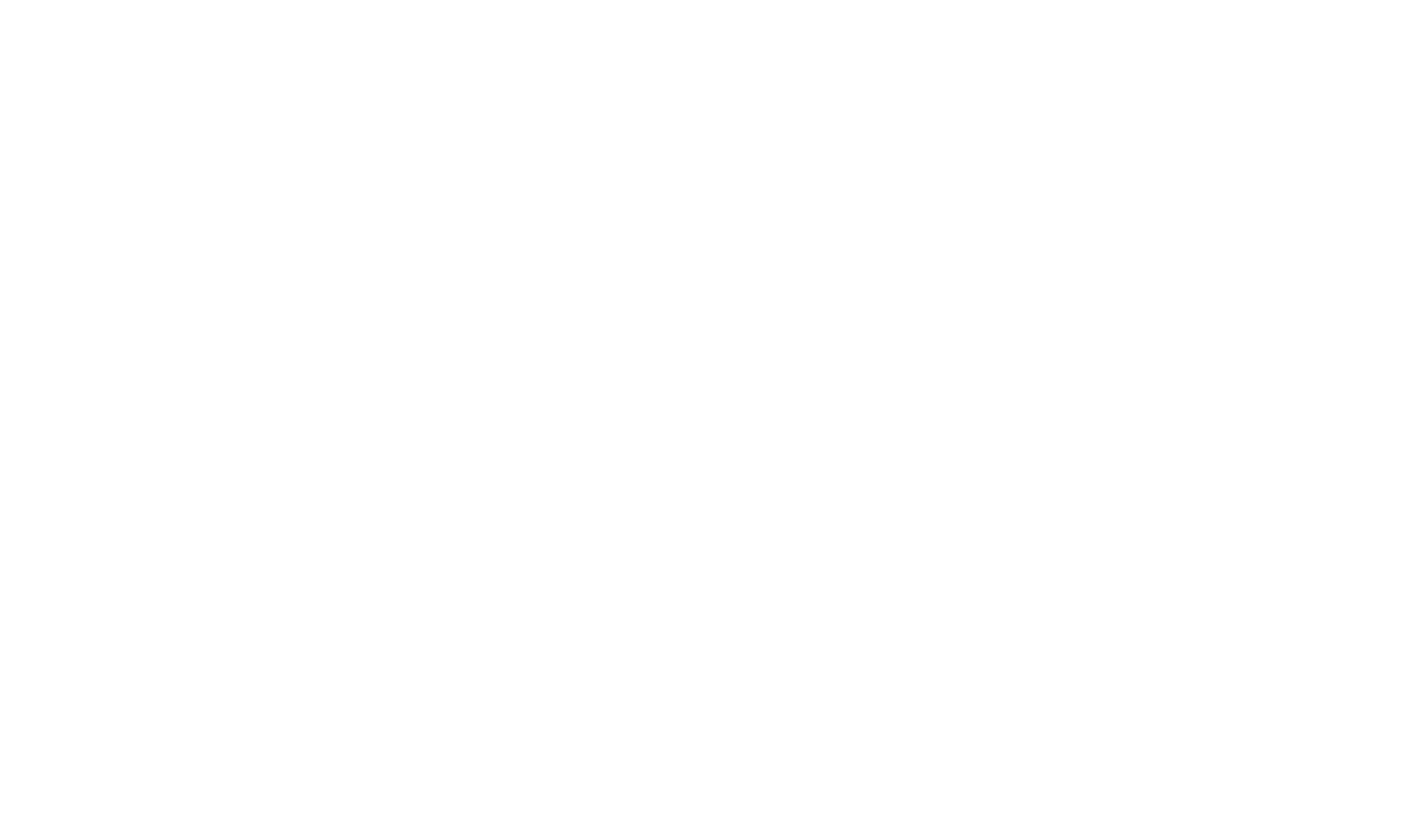 Aggressive tillage, prone to erosion and loss of soil quality. Can bring buried weed seeds to the soil surface. 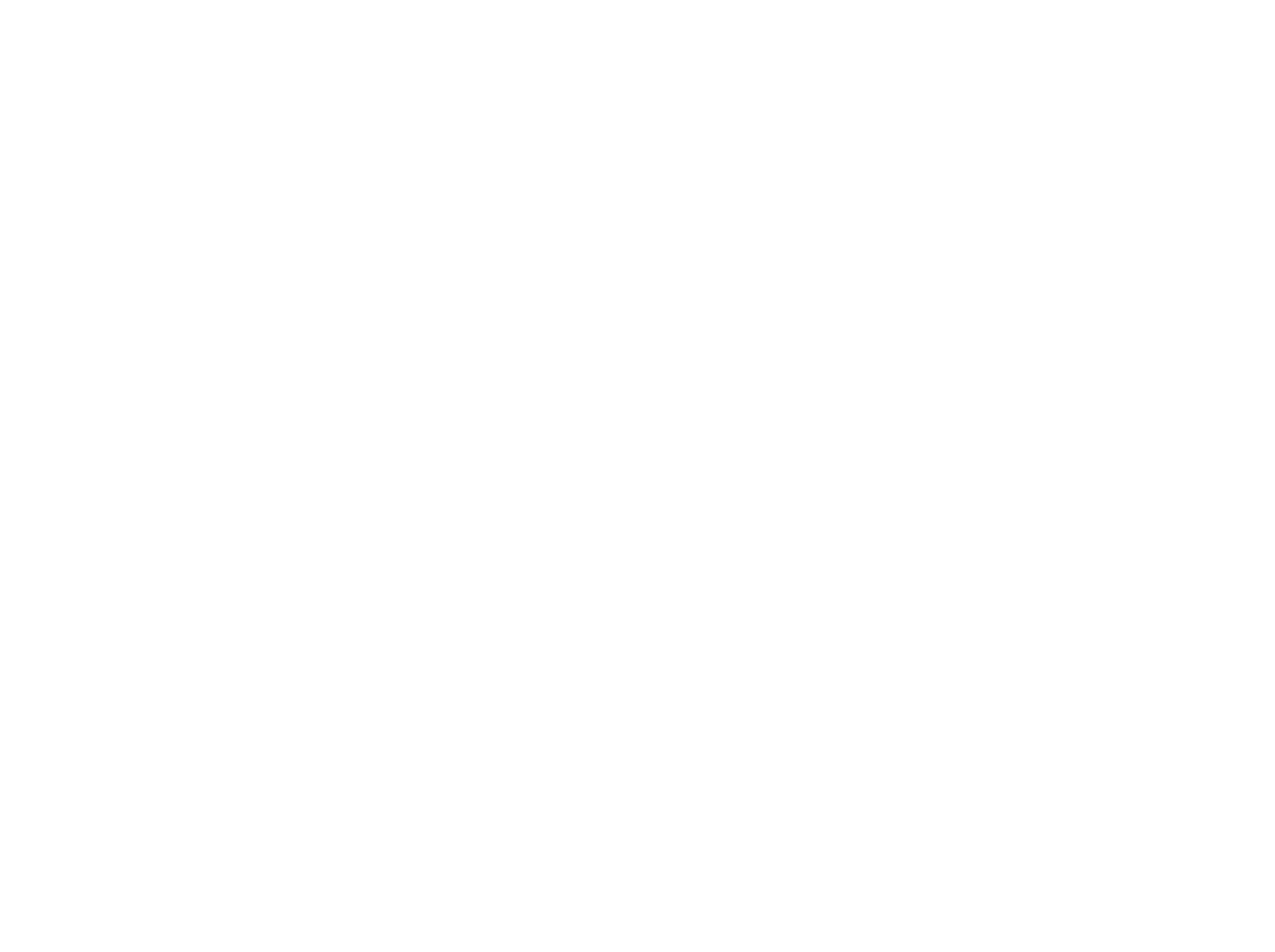 Primary tillage, developed to replace the moldboard plow to reduce tillage and conserve some crop residue.  Does not invert, but rather mixes the soil layers.

Maintains some surface residue and is effective at controlling annual weeds. 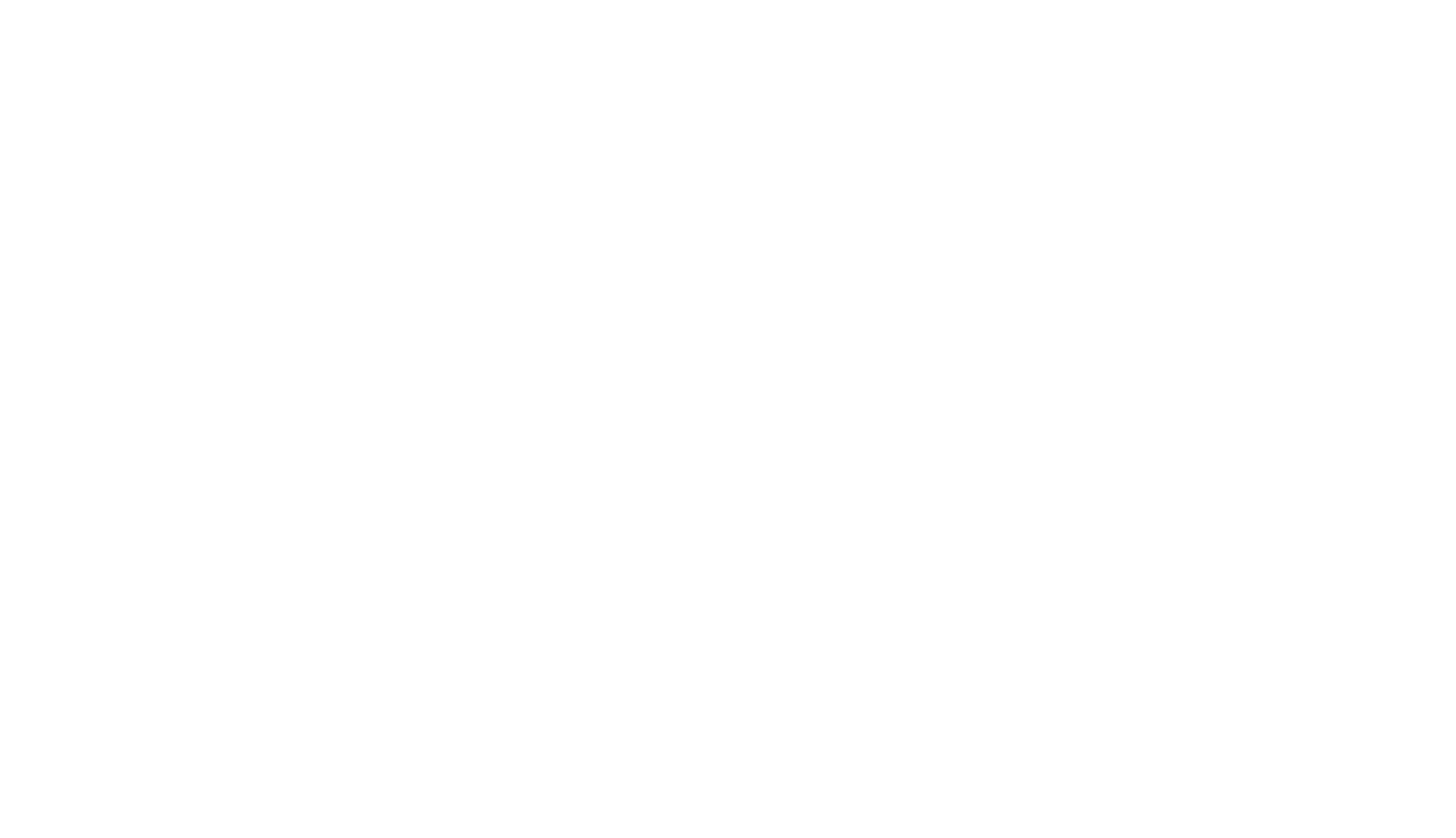 Not effective on large weeds or most perennials and can spread vegetative structures. 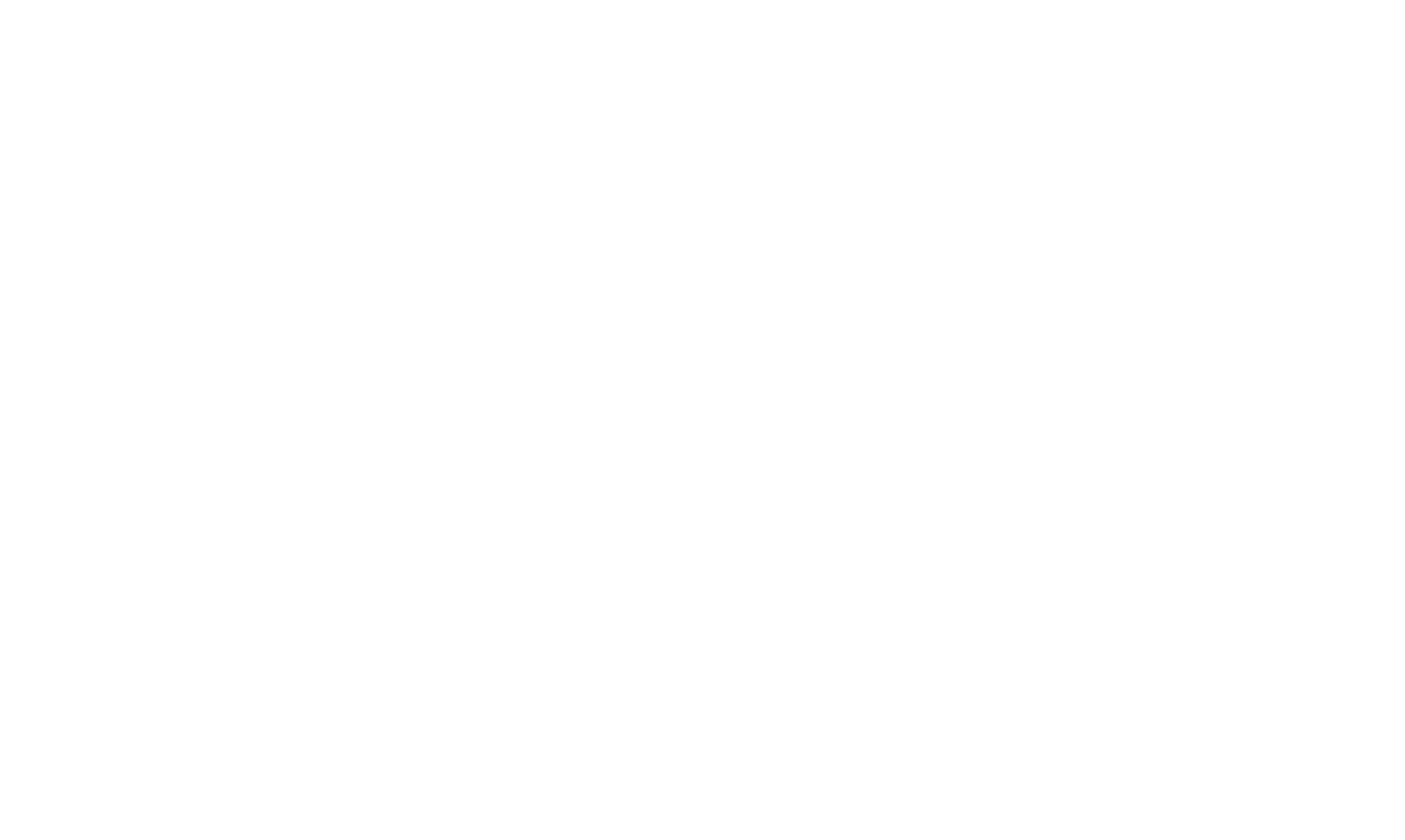 Typically secondary tillage, breaks up and incorporates residue and creates a finer seedbed.

Effective at incorporating some residue and uprooting small weeds.

Not effective on large weeds or most perennials and can spread vegetative structures. 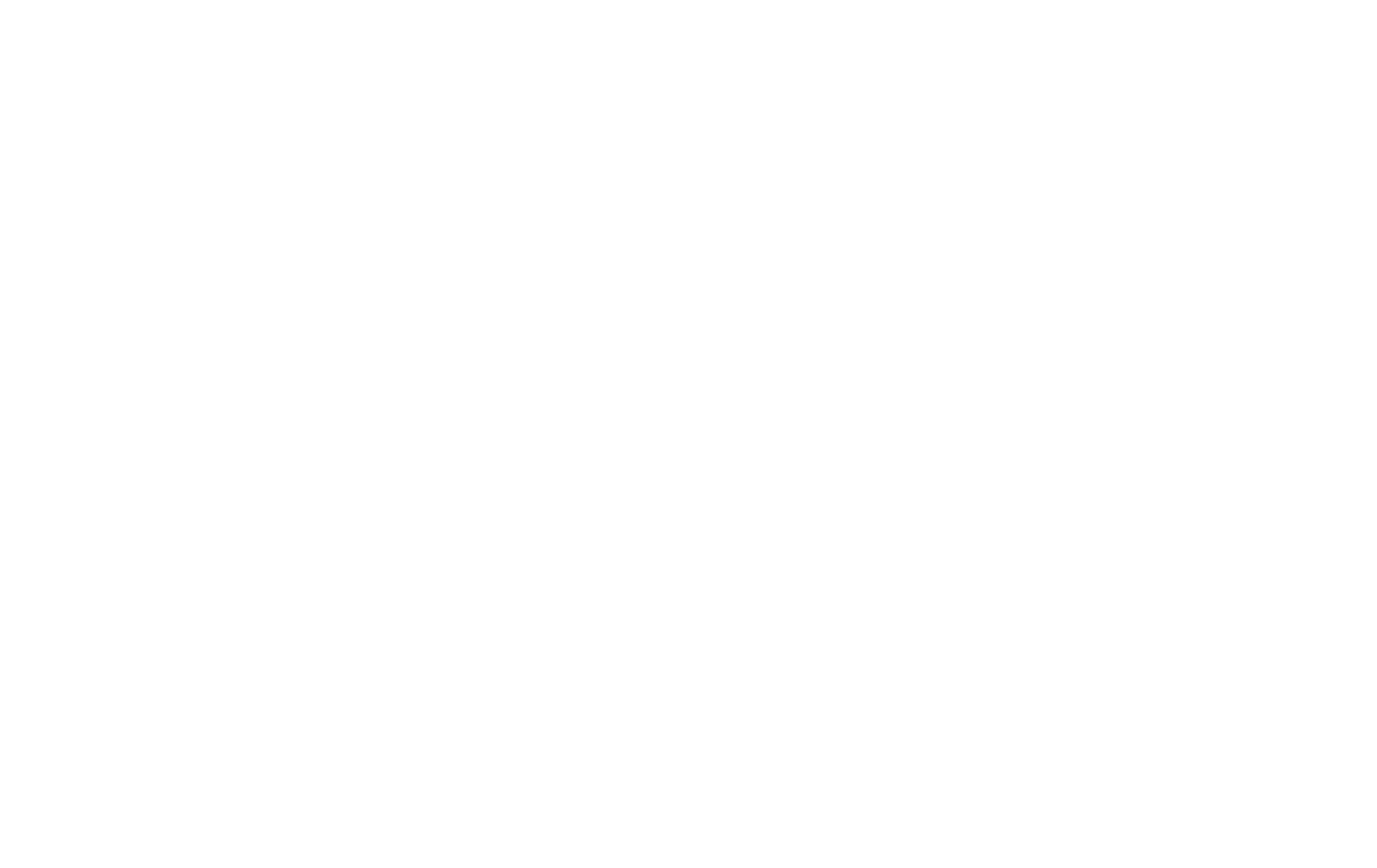 Serves as both the primary and secondary tillage tool, manages residue and creates a plant-ready seedbed.

Shallow tillage that can help incorporate residue and organic amendments and provide a more uniform seedbed. May provide some control or suppression of small winter annual weeds.

Weed control is not the primary purpose. Does not control larger established annuals or perennials.

Effect of tillage on the weed seedbank

The effects of tillage practices on weed seedbanks are complex and involve several factors. Tillage affects seed placement, kills seedlings, disrupts plant residues, and alters conditions that influence germination such as gas exchange, seed abrasion, soil temperature, and soil moisture levels. However, seed depth in the soil may be the most important influence tillage has on weed seedling emergence, as this management practice strongly influences the vertical movement of seeds. Primary tillage that inverts the soil can bury seeds to the depth of the plow while returning the buried seeds back to the soil surface. Implements such as chisel plows, disks, and field cultivators do not bury most weed seeds to depths great enough to eliminate emergence. Most seeds within ½ to 1 inch of the soil surface are exposed to sunlight and temperature fluctuations that favor germination and emergence.

Seed size determines the depth from which seedlings can emerge. Smaller seeds do not have enough energy reserves to emerge from more than an inch deep. In general, weed seeds that are buried six or more inches deep will not germinate and emerge, but may survive for several years because of the cooler temperatures and lack of exposure to oxygen, sunlight, and fluctuating temperatures. Some weed seeds buried deeper in the soil profile can remain viable for many years.

The success of post-plant tillage requires the use of proper equipment. Many different tools have been developed to control weeds after crop planting. Choosing the right equipment and having it properly adjusted will help take advantage of the ideal times to get into the field and achieve good weed control. The right piece of equipment will more than pay for itself over time by saving a crop when you only have a narrow window to perform the operation.

Blind cultivation controls germinating weed seedlings near the soil surface whose roots are above those of the crop. An implement is “blindly” pulled through the soil (i.e. without concern for driving on the crop rows), dislodging small weed seedlings both in the crop row and area between the crop rows. The initial blind cultivation takes place at the time of cash crop germination and root development, but before crop emergence. Subsequent blind cultivation events may continue after the crop has emerged and are conducted at five to seven day intervals (or as weather allows) for a period of two to four weeks, depending on the crop. Inaccurate operation can result in damage or removal of young cash crop plants, reducing populations and therefore potentially yield. The condition of the soil as well as crop growth stage will dictate whether crop injury is a concern.

Cultivating the soil between the crop rows to control emerging weeds is known as inter-row cultivation. Only the area between the crop rows is disturbed; the spacing between crop rows determines the feasibility of using these tools. Guidance systems provide greater precision and allow for increased speed of operation and closer operation near the crop row, while reducing the potential for crop damage.

There is generally more time and flexibility to perform inter-row cultivation than blind cultivation since these tools can control larger weeds than flex-tine harrows and rotary hoes. There are a number of different types of shanks and sweeps that are available for between-row cultivation depending how it is used. Shanks connect the sweeps to the body of the cultivator and are designed in various styles. The shanks range from rigid to flexible, allowing the sweep to remain stable or to vibrate through the soil. The type of weed control needed determines what type of shank should be used. Most cultivators should be used on weed seedlings. Once weeds have more than one or two true leaves, they are harder to dislodge from the soil and are prone to wrapping around cultivator shanks.

Shields can be used to prevent soil from moving into the crop row and burying small crop plants.  Once the crop’s stems become rigid, cultivators can be adjusted to move soil into the row around the base of the crop to bury smaller weed seedlings.

Cultivators are available for use in high plant residue environments, including use in fields with cover crop residue on the soil surface. Cultivators are designed for specific situations including in no-till, ridge-till, or tilled fields with a large amount of plant residue. Initially, they were more commonly used in ridge-till systems and designed with a moderate crown and V-shaped wings to throw soil, forming a “ridge” at last cultivation. No-till sweeps have been designed with a flat crown for less soil disturbance. These types of cultivators typically have one large sweep between two rows compared to three or more found on conventional cultivators. No-till sweeps are designed to sever plants under the soil surface, so they are more effective on larger seedlings (two to three inches tall or in diameter).

Several mechanical weed control tools have been developed for higher value horticultural crops (Table 2). These tools are designed to control small in-row weeds or weeds right next to the crop row in tilled seedbeds. Spyder, torsion, finger, spring hoe, and basket weeders are examples of tools for use where effective herbicides are not labeled, to reduce use of herbicides, or in organic production. These tools require precision, which may mean using smaller equipment or slower operational speeds. Research has shown that “stacking” the use of some tools such as torsion and finger weeders and the row harrow in a single pass can improve or even synergize control efficacy, but the potential for crop injury can also increase. These specialized tools are less common in agronomic crops.

Table 2. Tools for blind and inter-row cultivation and some specialty tools. 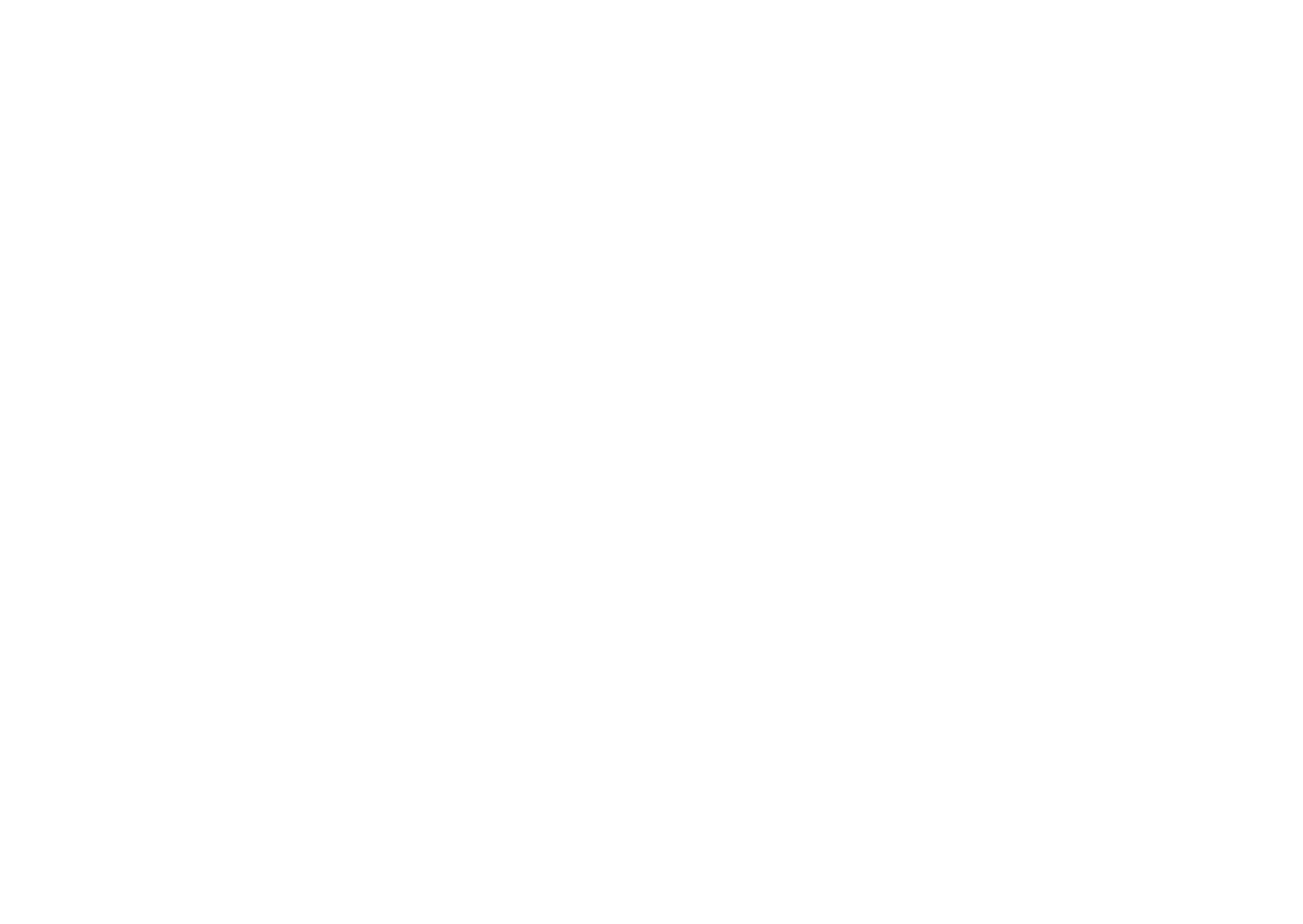 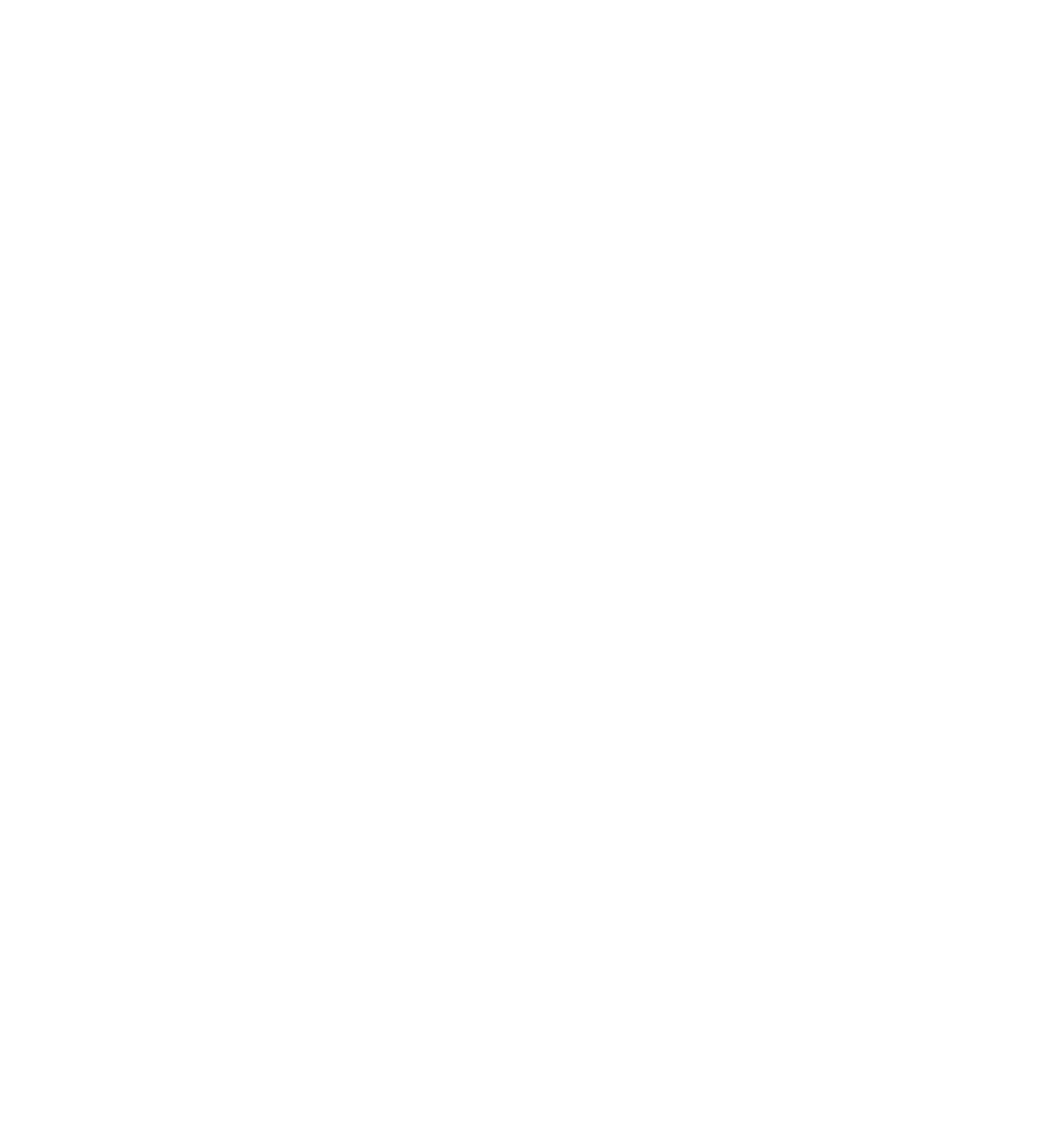 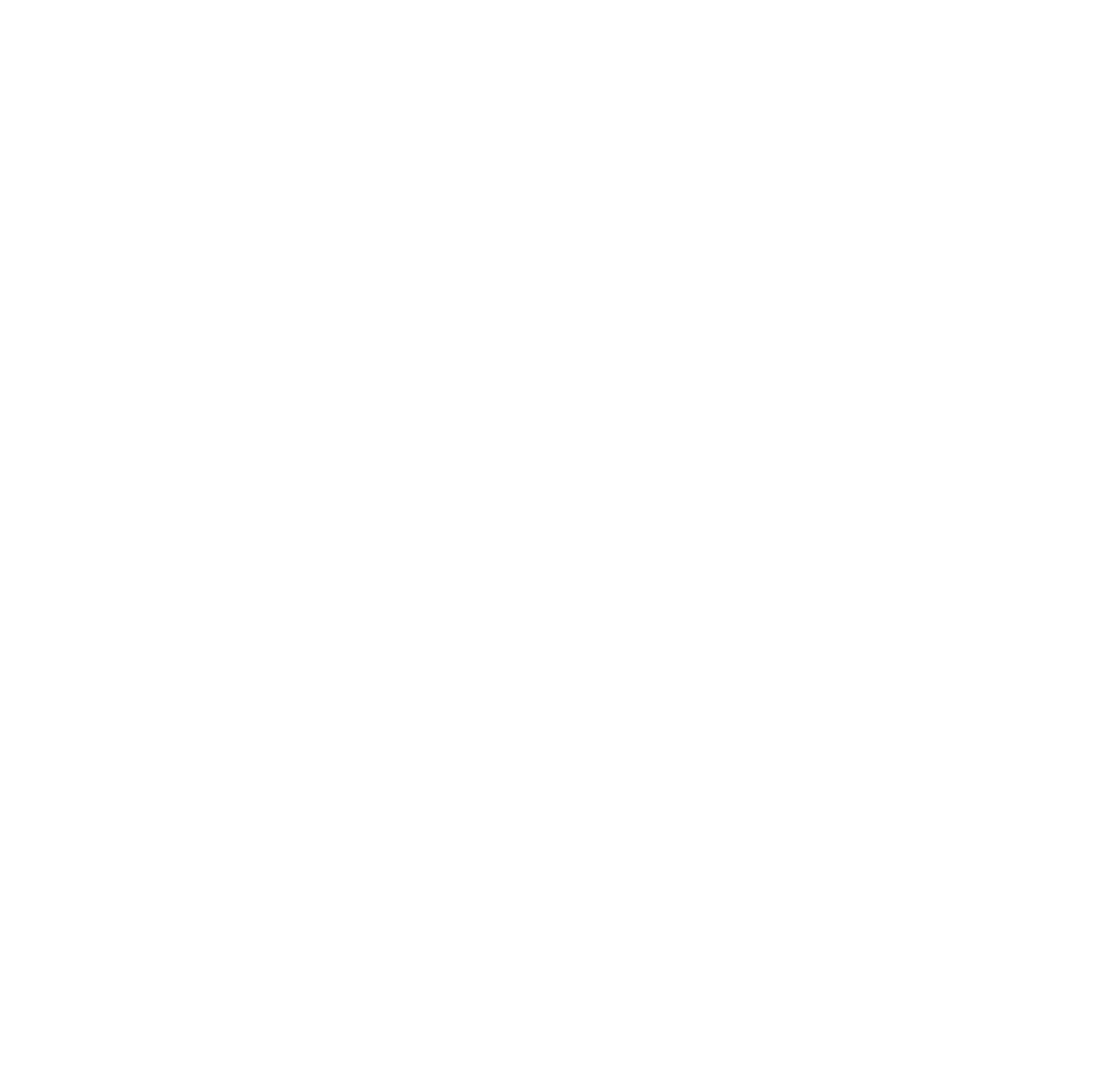 Most common tool used for inter-row cultivation.  Can be configured with several kinds of shanks to improve performance.

Can effectively control small annual weeds in tilled soils. Most effective when the soil is dry. 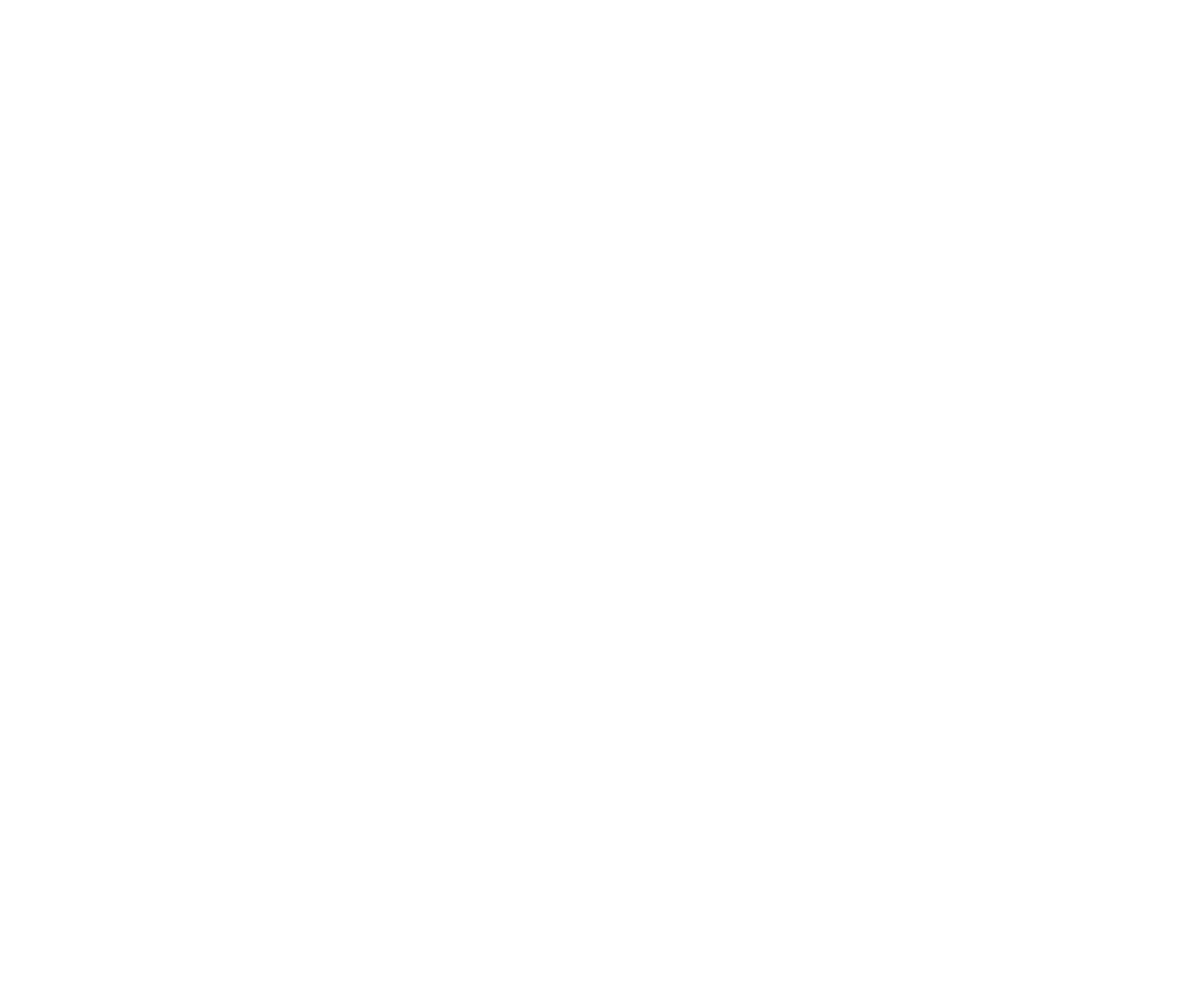 Designed to operate in no-till or reduced tillage environments. Typically equipped with a single wide sweep rather than multiple shanks.

Less effective on most perennials. Requires larger tractors with more horsepower to operate

Mowing is a mechanical tactic that can be used to suppress or control certain weeds. Mowing can play a critical role in managing weeds in forage crops or non-crop areas. Repeated mowing reduces the competitive ability of weeds, depletes carbohydrate reserves in the roots, and can prevent seed production. The success of mowing for weed control depends on the target weed species, timing, and frequency.  Several types of mowing implements have been developed over the years including rotary, sicklebar, and flail mowers to help manage vegetation and residue. These different types of mowers have strengths and weaknesses depending on the application.

Harvest weed seed control involves collecting weed seeds at the time of grain harvest and then killing, removing, or concentrating them with various methods (Flessner et al. 2019). These tactics are only successful for weeds that retain most of their seeds at the time of cash crop harvest. Weed seeds that shed prior to grain harvest are not impacted. In general, HWSC is best suited for grain crops that use a grain platform header.  There are several types of HWSC being used commercially or tested in research trials. For information on seed mills and other HWSC tactics visit https://growiwm.org/how-harvest-weed-seed-control/

Picture credits: All pictures are the property of https://www.sare.org/resources/steel-in-the-field/ except “Vertical tillage” whose credit belongs to Lourdes Rubione.

For more information on mechanical weed control, click on the buttons below: