Johnsongrass is a fast-growing perennial weed species that can grow 7 to 9 feet tall. It has become a weed menace due to its ability to readily reproduce from seed and vigorous branched rhizomes (horizontal underground stems). As a warm-season grass species, it can form large colonies from stout, finger-sized, multi-branched rhizomes. A plant can produce up to 60 feet of rhizomes in a single year and more than 80,000 seeds in a single growing season. Seeds shatter easily and germinate at different times throughout the year due to variable seed dormancy. The ability to produce large numbers of seeds allows johnsongrass to be a problem in regions too cold for rhizomes to overwinter.

According to USDA estimates, johnsongrass causes millions of dollars in lost agricultural revenue every year. Johnsongrass can reduce soybean and corn yields up to 88%. In cotton, not only is there yield loss, but lint quality and strength are negatively affected.

Where is johnsongrass a problem?

The species’ range includes most of the US, with the exception of some northern states. Johnsongrass is particularly well adapted to the warm, humid environments of the southern U.S. Johnsongrass has also been gradually expanding its range into new areas where stringent measures are warranted for monitoring and eradication. Johnsongrass is considered a noxious or prohibited weed in 24 states and Ontario, Canada.

What is the emergence pattern of johnsongrass?

Johnsongrass is a perennial weed and emerges from both seed and rhizome sprouts. Plants originating from rhizomes emerge earlier in the spring than those from seed. Seeds start to germinate when the soil temperature reaches 70° F; whereas new shoots from rhizomes will sprout when the soil temperature reaches about 60° F. Johnsongrass exhibits a prolonged emergence pattern, with new plants emerging from seed and rhizomes throughout the growing season.

What is the lifecycle of johnsongrass?

Seeds begin to germinate in late spring; plants start producing rhizomes in their seedling stage after five to seven true leaves have developed. Rhizomes develop slowly until the 10-leaf stage, then their growth accelerates greatly and they are well developed by 6 to 7 weeks after germination. Flowering commences about seven weeks after germination and occurs from May to October in most southern U.S. states.

Johnsongrass rhizomes start regrowing in early spring and emerge about a month before seedling emergence. The plants originating from rhizomes grow much faster than the seedlings because of high carbohydrate reserves in the rhizomes. Rhizome growth accelerates after flowering, with more than 90% of rhizome production occurring after this stage. Johnsongrass is an indeterminate species, so it continues to produce tillers throughout the growing season. In addition, new rhizomes, flowers, and seeds are produced until frost.

New crowns and subsequent tillers can develop from buds along the rhizomes. After crop harvest, if conditions for growth are favorable, additional plants may develop from seed or rhizomes. Post-harvest seedling emergence and/or rhizome regrowth is common in johnsongrass’ southern range, while less likely in its northern range. In the fall, johnsongrass growth ceases when the soil temperature drops below 60° F and plants enter into a dormant state. Dormant rhizomes can over-winter while the aboveground growth dies after frosts.

In the northern portion of johnsongrass’ range, it survives as an annual species. It will produce rhizomes during the summer, but they do not survive the harsh winters; all plants in the following spring emerge from seeds.

How does johnsongrass spread?

Johnsongrass has two main forms of spreading. First, the seeds can shatter and spread; second, the plant produces long rhizomes, which spread vegetatively. Johnsongrass seeds generally fall close to the mother plant. Tillage can fragment rhizomes and assist spread. Rhizomes are somewhat drought tolerant and remain viable even after drying to 40% of their initial biomass. However, they are sensitive to extreme temperatures. Without soil disturbance, rhizomes generally spread slowly in a field. Johnsongrass dispersal across fields is typically facilitated by human activities, such as the movement of tillage, planting ( which spreads both seeds and rhizomes), and harvesting equipment (which spreads seeds).

How many seeds can johnsongrass produce and how long can they survive?

A single plant can produce up to 80,000 seeds. As many as 350 seeds can be produced in a single panicle (seedhead). Johnsongrass seed can remain viable in the soil for up to 10 to 20 years.

What biological weaknesses does johnsongrass have that can be targeted with management techniques?

The rhizomes that are produced by johnsongrass are also opportunities for successful management. Johnsongrass rhizomes are not very cold or heat tolerant, so tillage practices that expose the rhizomes to cold conditions or hot sun are a form of mechanical control. Johnsongrass seed cannot successfully germinate and emerge below 12” depth in the soil, thus an occasional deep tillage such as moldboard plowing can be considered in areas with severe infestation.

No single method alone can work for effective long-term control of johnsongrass, but using a combination of cultivation and mixing and/or rotating effective herbicide modes of action, as well as cultural practices, has proven to be highly effective.

Cultural practices, in the case of perennial weeds such as johnsongrass, do not necessarily provide the same effects as with annual species. Shading and crop competition, which help to reduce annual weed pressure, are not as effective on johnsongrass, because rhizomes have much larger energy reserves than seeds to emerge from the soil, even when shaded by crop canopy closure. However, johnsongrass plants may produce less biomass and seeds when subjected to crop competition.

Scouting early to catch new infestations can lead to the most cost effective management. Scouting for regrowth after control measures and preventing johnsongrass from going to seed are essential in keeping populations at low densities.

Cover crops alone cannot serve to control johnsongrass infestations, but some species show promise. Although there is not much research on johnsongrass suppression by cover crops, from an observational perspective, cover crops would not be expected to control rhizomatous johnsongrass, as well as seedling johnsongrass. A heavy cover crop biomass is important to maximize weed suppression benefits. This is typically achieved by high seeding rates, timely planting, and delaying termination of the cover crop as late into the spring as possible while not impeding cash crop planting. New research is now focusing on the possibility of “planting green”, meaning planting into a living cover crop that has not been terminated yet. There is some research showing certain cover crops such as brassica species (mustards) can provide allelopathic effects to serve as weed suppressors for both seedling and rhizomatous johnsongrass. More research is needed, but preliminary data indicates that cover crops are a potential management strategy for some growing regions.

Prevention is one of the most important steps in controlling johnsongrass. Generally, areas around the edge of the field or along the fence are sources of introduction. Controlling these sources can help reduce populations in the field. When using equipment in a field infested with perennial johnsongrass, frequently remove pieces of rhizomes from equipment to prevent spread within a field. Equipment should also be cleaned before moving to other fields.

Mechanical control tactics such as tillage and mowing can also help reduce the population of johnsongrass from year to year by depleting stored energy reserves in the rhizomes. Additionally, continuous mowing to prevent seed heads from developing will weaken the plants enough that most of the rhizomes will be found closer to the soil surface, at which point tillage and exposure to freezing (fall tillage) or hot temperatures (summer tillage) can help reduce populations.

In the fall, deep inversion tillage can bring rhizomes to the surface and expose them to freezing temperatures that will weaken or kill them. Shallow tillage, such as disking, can also weaken rhizomes when conducted in the fall, but is not as effective as deep inversion tillage. All tillage can cut rhizomes into small pieces, which increases the risks of spreading the pieces and resulting in a larger infestation. Therefore, fields should be carefully scouted after tillage and further control should be implemented as needed, such as a herbicide application targeting sprouts.

Repeated and timely mowing in pastures serves to suppress the flowering ability of johnsongrass and weakens the regrowth potential of the plant. Mixed management practices, such as herbicide applications combined with cultivation, can greatly reduce johnsongrass pressure.

Harvest weed seed control (HWSC) tactics rely upon machinery modifications at harvest to manage or destroy weed seeds. In order for HWSC to be effective, weed seeds must be retained on the plant at harvest, and johnsongrass may retain more than 90% of seeds at soybean harvest, suggesting that this may be an effective practice for johnsongrass control. However, HWSC will not address rhizomes below ground.

Chemical control of johnsongrass should be implemented when the plants are small, prior to developing rhizomes. Once rhizomes develop, multiple sequential herbicide applications are usually needed for effective control. Fall is a good time for Roundup [Group 9 (glyphosate)] applications since the herbicide is moved to the rhizome systems and can kill actively growing rhizomes.

Preemergence herbicides such as Group 15 [Dual (metolachlor), Zidua (pyroxasulfone)], Group 3 [Treflan (trifluralin) and Prowl (pendimethalin)], and others are very important tools to control johnsongrass emerging from seeds, but they do not control plants emerging from rhizomes.

Refer to your local Extension’s weed management guide for effective options. For more information on chemical management of johnsongrass, visit:

Biological control options are few, since there are currently no commercially viable biological approaches to managing johnsongrass in row crops. Delaying tillage in a field immediately after harvest and leaving it exposed to the environment will attract rodents and birds, as well as insects and pathogens, to eat exposed johnsongrass seeds.

In pastures, cattle will preferentially graze johnsongrass and can greatly deplete it in two to three years. Johnsongrass can be poisonous to cattle when grazed shortly after a frost, so caution and management are needed during the fall in many areas.

Shattercane is a related weed species, but unlike johnsongrass, it is a smaller annual species without rhizomes.

Another species that may look similar to johnsongrass is fall panicum, mostly due to the prominent midrib found in both species. Fall panicum is an annual species and is significantly smaller than johnsongrass. To best distinguish them, seedling fall panicum has hairs on the stem and base of the leaves, which johnsongrass lacks. 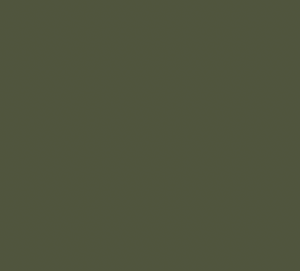 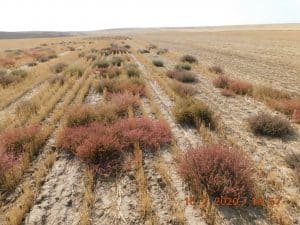 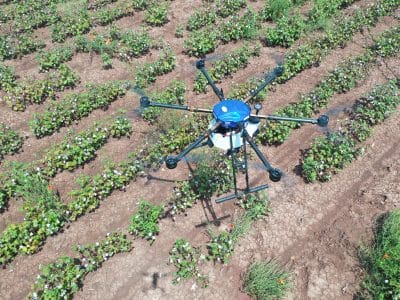 November 29, 2022   Grow IWM
If you’re looking for the future of precision herbicide use, check out the cotton fields of southeastern Texas, near College...
Read More 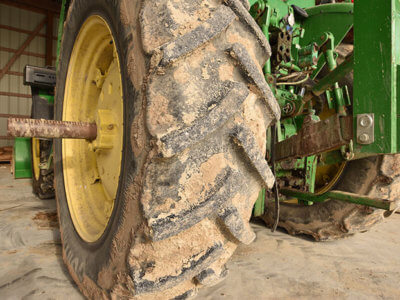 November 21, 2022   Grow IWM
The 2022 harvest season is winding down, but your farm equipment might be holding onto something you’d rather leave behind:...
Read More 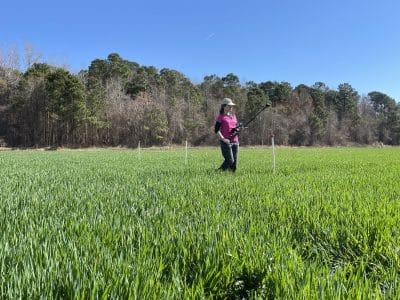 A Better View of Cover Crops Could Help Weed Control

November 16, 2022   Grow IWM
Imagine a farmer flying a drone over a rye cover crop field. An app on his smartphone quickly generates a map of the field...
Read More