When managed correctly, cover crops can be a powerful tool to manage weeds in many cropping systems. They can be integrated with herbicide-centered programs to optimize control during critical growing periods, or serve as a primary weed suppression mechanism in systems that lack herbicide options. Several management choices are critical to ensuring success. These include: Species mixture, planting date, cover crop density, termination date, and termination method.

In a nutshell, cover crops challenge weed infestations by decreasing their ability to germinate and survive. They achieve this by outcompeting them for soil resources and sunlight, and by creating a suppressive mulch that limits germination. However, not all cover crop programs are equal. The species mixture, planting time and density, and termination time and method, all influence the effectiveness of cover crops for weed control. For instance, fall-planted cover crop species and seeding rates should be selected for quick establishment and dense fall ground cover, which helps to prevent winter annual weed emergence by blocking sunlight to their seeds. In the spring, fall-planted cover continues to accumulate biomass the longer it is left to grow and suppresses fall emerged and early-season summer annual weeds. Additionally, termination techniques that create a surface mulch can suppress weeds for several weeks into the summer. The ability of the mulch to suppress weeds depends on the amount of biomass created during the spring as well as the quality and persistence of the residue. Spring biomass accumulation can be improved by letting cover crops grow later into the spring, rather than terminating them early.

Cover crops can actually offer weed management opportunities in any cropping system by reducing herbicide applications and providing an option to manage herbicide resistant weeds. Fall-planted cover crops have been found to suppress horseweed/marestail, and offer an option to control this problematic, herbicide resistant, winter/summer annual. Several different cover crop mixtures reduced horseweed populations by at least 75% in the spring when the cover crop was terminated and left as a thick mulch on the field. Dense ground cover suppressed horseweed better in the spring. A crop like cereal rye, which produces abundant biomass, provided the best weed suppression. Providing adequate soil nitrogen also helped cover crops be more competitive against weeds.

Weed control in organic systems is a challenge that requires innovative and timely management techniques, and typically involves heavy reliance on tillage and cultivation for weed control. However, this limits a grower’s option to adopt organic no-till or reduced-till systems. This is where cover crops may come in quite handy. The ongoing Reduced-tillage Organic Systems Experiment (ROSE) at Penn State and the USDA-ARS in Beltsville, MD focuses on managing cover crops to suppress weeds and insect pests in organic, reduced-till, corn-soy-small grain rotations. In this system, fall cover crops (cereal rye, vetch, triticale) are overwintered then and terminated with a roller-crimper shortly before spring cash crop planting. This heavy, rolled biomass creates a thick weed-suppressive mulch to block out weeds during the critical early growth of the cash crop.

Decisions should account for farm-specific management goals, available equipment, production costs, and the dates when cover crops can be planted and terminated. Here are some important things to consider when planting cover crops for weed management:

Those considering cover crops are strongly encouraged to talk one-on-one with their county extension educators and attend cover crop workshops to learn more and form site-specific plans for their farm. 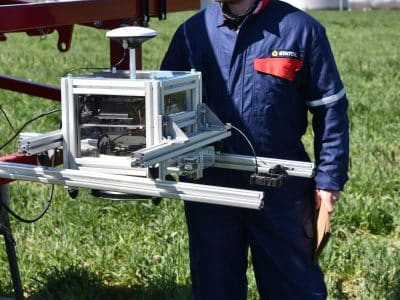 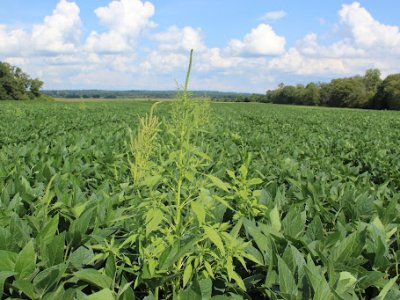 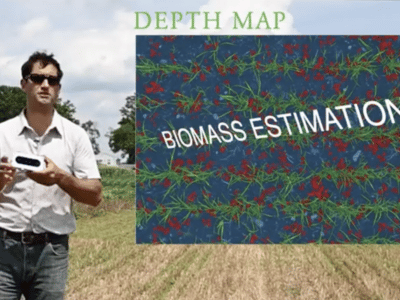 January 17, 2023   Grow IWM
When moving through a field row by row, weed by weed, it can be hard for farmers to see the big picture. Researchers from GROW...
Read More